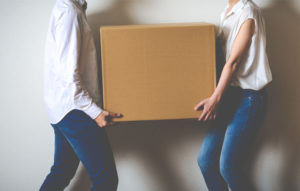 If a relationship between cohabitees breaks down and terminates, and in the absence of an agreement between the parties as to the financial and proprietary consequences on termination, each party will only retain those assets which he/she had at the time when he/she entered the relationship and what was acquired in his/her name since. This is not always equitable. The Courts have therefore often come to the aid of a disgruntled partner who has been left with nothing and have on many occasions found that a universal partnership (universorum bonorum) existed between the parties. According to Pezzutto v Dreyer & Others 1992 (3) SA 379 (A) a universal partnership will exist if the following essentials are present:

1. Each of the partners brings something into the partnership (cohabitation relationship);

2. The partnership is carried on for the joint benefit of the parties;

3. The object of the partnership should be to make a profit, but in the context of a co-habitation relationship, a pecuniary motive is not required; The achievement of another material gain, such as a joint exercise for the purpose of saving costs, will suffice.

4. The contract should be legitimate.

In Steyn vs Hasse and Another 2015 (4) SA 405 (WCC), the Court confirmed that a universal partnership exists when parties act like partners in all material respects without expressly entering into a partnership agreement. In this case, it was not in dispute that the relationship between the parties did not meet the essential requirements of a universal partnership as stated above in the Pezzutto case.

When the relationship breaks down, the normal rules applicable to the termination of a partnership will apply. The biggest challenge that normally arises relates to the issue of proving the terms and conditions of the partnership, as parties in co-habitation relationships seldom enter into written agreements. More often than not, the parties disagree on what exactly they have agreed upon and oral evidence has to be relied upon. In most instances, this could have been avoided by planning and entering into a written cohabitation agreement.

Our law distinguishes between two kinds of universal partnerships. The first is the societas universorum bonorum by which the parties agree to put in common all their property, present and future. The second type is the societas universorum quae ex quaestu veniunt, where the parties agree that all that they may acquire from a commercial undertaking, shall be partnership property. Examples of this form of a universal partnership are found in the case of Fink v Fink and Another 1945 WLD 226, Mühlmann v Mühlmann 1984 (3) SA 102 (A) and RD v TD 2014 (4) SA 200 (GP.

In the case of Daniels v Campbell NO & Others 2004 (S) SA 311 (CC) the parties were married in accordance with religious customs, but not in terms of the provisions of the Marriage Act, and accordingly their marriage was not a civil marriage recognised by law. The Constitutional Court ruled that parties married according to religious customs (in this case a monogamous Muslim marriage) are to be treated as “spouses” for purposes of the Intestate Succession Act No 81 of 1987.

In the recent case of Paixão and Another v Road Accident Fund 2012 (6) SA 377 (SCA) Mr Gomes was still married when he started to cohabitate with Mrs Paixão and her three children from a previous marriage. He financially maintained her and her children but was killed in a motor vehicle accident before he could marry Mrs Paixão. She instituted a claim against the RAF on the basis of being legally dependant on the deceased. The court was satisfied that enough evidence existed to prove that Mr Gomes specifically assumed the obligation to maintain Mrs Paixão and her children. This does not mean that partners co-habiting now have a claim for maintenance and benefits following the death of the other partner. Only where clear proof exists that one partner specifically undertook and assumed the obligation to maintain the partner, will such a claim for maintenance be entertained by our courts?

The judgment of Ponelat v Schrepfer 2012 (1) SA 206 (SCA) confirmed the principles as set out in the Pezzutto-case relating to universal partnerships in the context of two people co-habiting. The parties had lived and worked together for sixteen years without being married. On the facts of the case, the court held that a universal partnership existed between the parties and that the benefits of the partnership should be shared 35/65%. The parties were ordered to agree on the net benefit accruing to the Plaintiff from the partnership and the manner and date of delivery or payment of such benefit to the Plaintiff. In the absence of such an agreement, a liquidator must be appointed to liquidate the partnership and preside over a debatement of the statement of assets and liabilities. The professional fee of the liquidator was to be borne by the parties in proportion to their share in the partnership estate.

In Butters v Mncora 2012 (4) SA 1 (SCA) the appellant Butters, and the Respondent, Mncora, lived together as husband and wife for nearly twenty years without being married. When the relationship came to an end, Butters was a wealthy man, while Mncora owned no assets worthy of mention. Mncora based her claim for half of Butters’ assets on a tacit universal partnership between the parties in which they held equal shares. The Court a quo held that a tacit universal partnership did, in fact, exist between the parties and determined that Mncora’s share in the partnership was 30%. On appeal, the Court held that a universal partnership of all property does not require an express agreement, but like any other contract, it can also come into existence by tacit agreement i.e. the agreement is derived from the conduct of the parties. The Court concluded that it was clear that an “all-embracing venture” pursued by the parties, which included both their home life and the business conducted by Butters, was aimed at a profit which they tacitly agreed to share.

In JW v CW 2012 (2) SA 529 (NCK) the Court held that a universal partnership in a marriage out of community of property excluding any form of accrual was not possible if it contradicts the terms of the antenuptial contract.

The question whether a postnuptial partnership is possible where parties are married out of community of property with the exclusion of the accrual system was also considered in two other conflicting judgments:

In the case of A L Espag v C E Espag, South Gauteng High Court, Johannesburg, case no 09/25924, the parties were married out of community of property with the exclusion of the accrual system. Mrs Espag alleged that a partnership came into being between the parties and sought an order appointing a liquidator to realise the whole of the partnership assets. The Plaintiff raised a special plea that the Defendant’s claims do not disclose a cause of action as the claims, and the evidence required to be tendered in support of them will contradict the terms of the antenuptial contract concluded between the parties. The Defendant pleaded that a universal partnership agreement was entered into immediately prior to the marriage of the parties and the execution of the antenuptial contract. The court held that the establishment of a universal partnership contradicts the clear purpose and terms of the antenuptial contract because it would in effect amount to a marriage in community of property. The special plea was upheld.

As far as a cohabitee’s pension interest is concerned, it is important to remember that the Divorce Act (70 of 1979) was amended in 1989 to deem a pension interest (as defined in the Act) to be part of a person’s assets on divorce. A pension interest could thus be shared between the parties, depending on their matrimonial property regime. Notwithstanding the Divorce Act deeming pension interest to be an asset on divorce, Section 37A of the Pension Funds Act clearly states that, save to the extent permitted in the Act, pension benefits are not capable of being reduced, transferred to, otherwise ceded, pledged, attached etc. A universal partnership is not a marriage and accordingly cannot be dissolved by divorce. Therefore the Divorce Act does not apply to its dissolution and a pension interest is therefore not available for a division on termination of a cohabitation relationship. Therefore, there is no law that deems a member’s pension interest to be transferred into a partnership and be available as a partnership asset to be divided on the dissolution of a universal partnership. A cohabitation agreement would be of no force and effect either, as it would not be enforceable against the pension fund.